Rockfish tartare at The Salt Line in Ballston. (Photo by Deb Lindsey.)

The salt lineThe double Bloody Mary from “Perfect Storm” is literally a thirst trap. Instagrammable to the max, the $30 monster cocktail arrives in a tiki glass topped with a lobster claw, cocktail shrimp, dressed oyster, fried cod (salted cod fritter) and other “props “. I know it’s meant to entice weaklings like me with its madness and excess, and I really enjoy the interactive fun of it – the crackle of the lobster claw, the hiss of the oyster – not to mention buzzing. 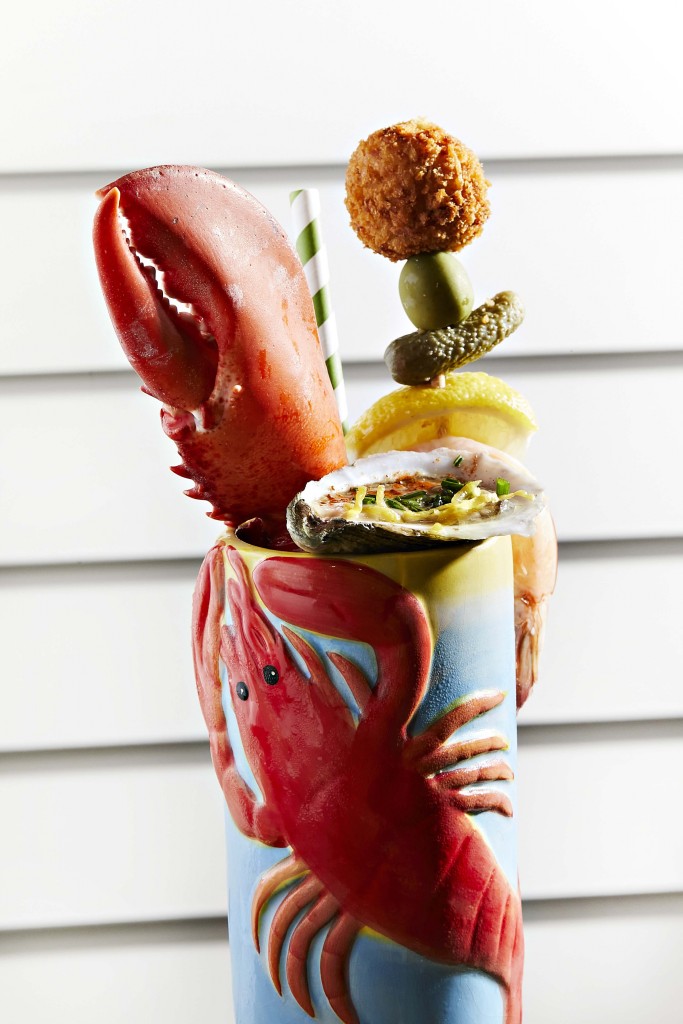 The double Bloody Mary from ‘Perfect Storm’ at The Salt Line in Ballston. (Photo by Deb Lindsey.)

The Ballston seafood restaurant, which opened in October, is an offshoot of the original Salt Line which debuted in 2017 next to Nats Park. (Former Washington Nationals first baseman Ryan Zimmerman is an investor in both locations.) Parent company Long term hospitality, which also owns Dauphine in downtown DC-its partners Jeremy Carman, Gavin Coleman, Porte-Paul, Lèche Jon and chef Kyle Bailey chose Ballston for their first expansion of the concept, in part because the neighborhood has a density and a clientele close to is Navy Yard. “It could be a place for date nights or families,” Bailey says. “And the outdoor space was a huge plus. »

The outdoor space he refers to, designed by GrizForm Design Architects, includes a patio that seats 40 people, as well as a hybrid outdoor bar with heaters and removable wall panels that can seat another 30 people at the counter and 15 high up. GrizForm also designed the restaurant’s 3,800 square foot nautical-themed interior, which seats 90 people.

Chef Matt Singer, who runs Ballston’s kitchen, has collaborated with Bailey on a menu that includes some classics from The Salt Line in DC (cods, lobster rolls, stuffed clams), as well as original dishes influenced by the experience of Singer at Italian restaurants in Boston – most recently a four-year stint at Bar Mezzana. 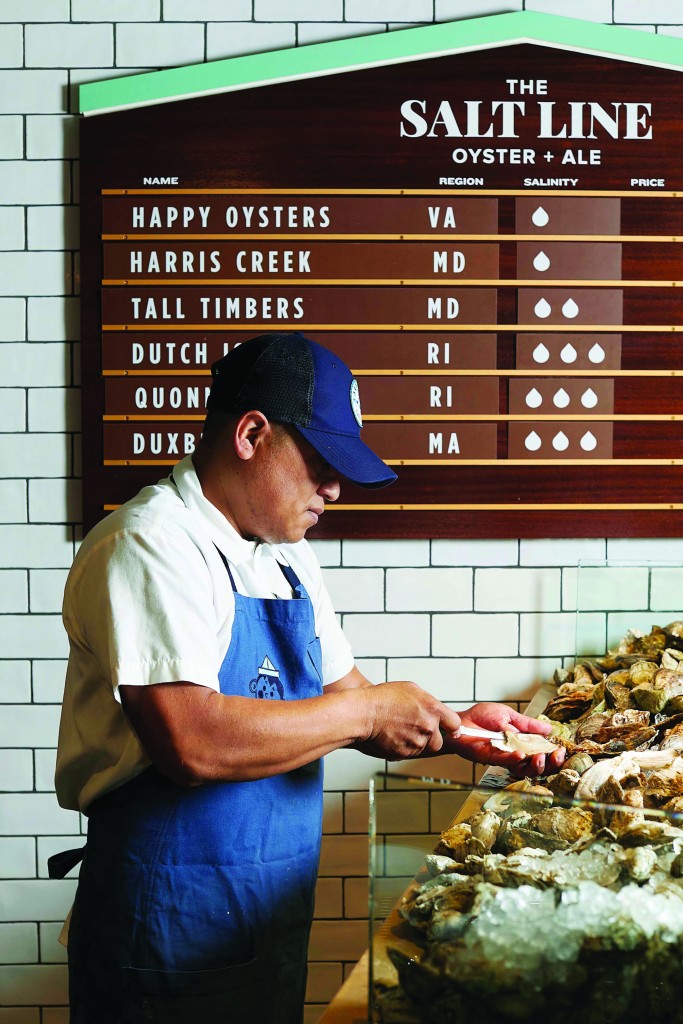 It’s no coincidence that patrons are immediately greeted by a bountiful raw sea bass filled with oysters, crab legs, prawns and clams, and a hanging sign saying let’s be shellebrate. A shell tower is never a bad way to start the party, though if you don’t want to shell out (oops) $150 for “The Kraken” (which is the smaller of the two towers), consider shooting down a few shooters oysters instead. I can recommend the Sake Bomb, which finds a shimmering bivalve dressed in ponzu, scallions, and chili peppers, resting on a shot glass filled with yuzu, sake, and Optimal Wit beer.

The piping hot Chilli Crab Dip, filled with chunks of crab and gooey cheddar and served with puffy Old Bay fries, is also a great appetizer to accompany you while you think about your next menu choices.

The crudos here are stunning. My favorite of the four includes thin slices of Atlantic halibut topped with avocado, lemon, grated fennel, celery, Kalamata olives and a drizzle of bay leaf oil. It’s pretty to look at and a clever balance of fat, salt, acid and sweetness. Another crudo gives redfish belly the tartar treatment, tossing it with Fresno peppers, cucumber, red onion and olive oil, with an orange-lime vinaigrette.

I’m drawn to many of The Salt Line’s classics, including the stuffies – large clam shells filled with chopped clams, linguiça sausage, parmesan cheese, Parker House breadcrumbs and hot sauce. Chef Singer’s clam chowder relies on cream and clam broth for a flavorful broth, rather than being thickened (and spoiled) by a pasty roux, as so many places do.

A starter of baked cod encrusted with Ritz crackers finds the flaky fish perched on perfectly al dente green beans and Yukon Gold mashed potatoes, then finished with lemon-pepper butter. It is a simple and hearty dish.

Don’t overlook the sandwiches. They score extra points because the fries that come with them are fresh, not frozen. The lobster roll, which you can order hot and bathed in melted butter, or cold and dressed in mayonnaise, shallots, tarragon and lemon, doesn’t skimp. It contains 4.25 ounces of tail and claw meat. Bailey says the kitchen consumes about 300 pounds of lobsters a day. 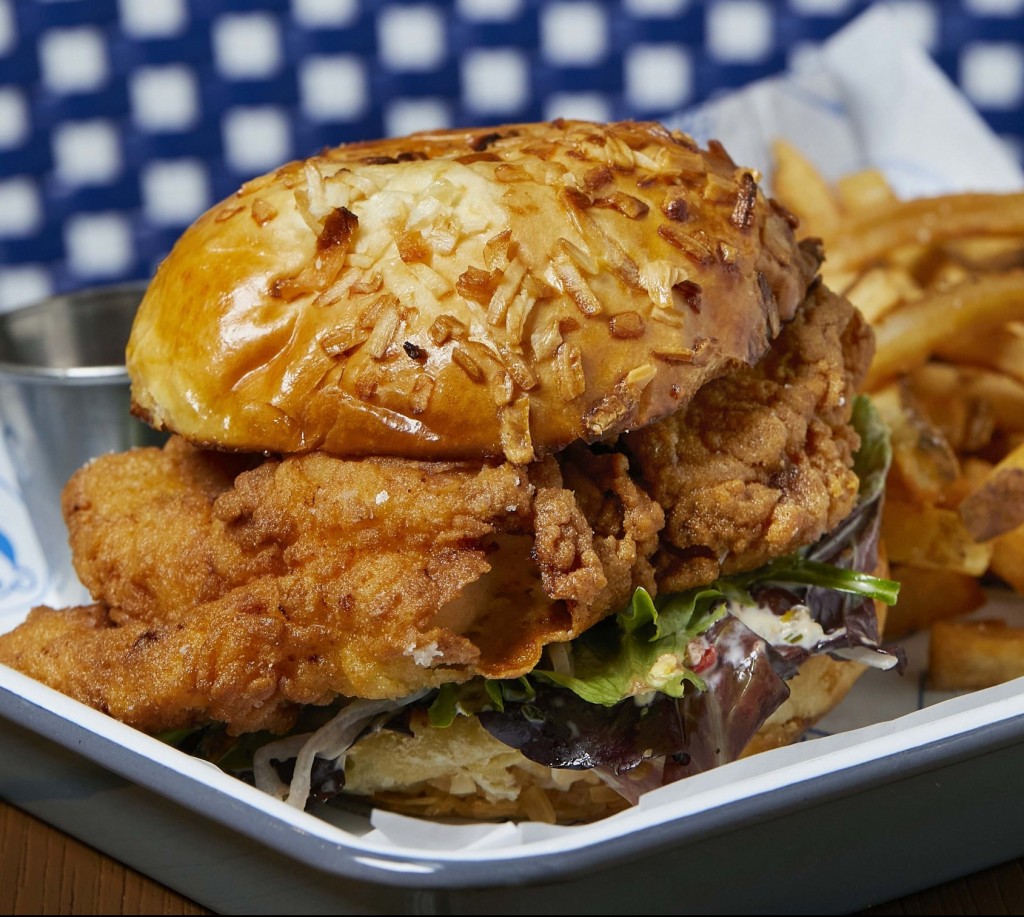 The crispy fish sandwich, a huge piece of Chesapeake blue catfish dipped in buttermilk and breaded with lettuce and pickled pepper tartar sauce, trumps any other I’ve had.

Bonus: Blue catfish are an invasive species that feed on our precious blue crabs, so consuming them does a public service. Make another one by washing down your meal with a glass of Olé & Obrigado Garnacha rosé; a portion of every sale goes to the Oyster Recovery Partnership, a nonprofit whose mission is to protect the Chesapeake waterways.

There have been a few blunders during my visits to The Salt Line, possibly due to inconsistencies in the kitchen. The night I ordered bucatini and scallops with ‘nduja (a spicy pork sausage spread), the noodles were stuck together and the scallops were obviously overcooked. But the same dish looked completely different – ​​the chewy pasta, the plump, inviting shellfish – when I spotted it on a nearby table on a different evening.

A chilled seafood salad of calamari, mussels and scallops was tragically overmarinated and dubiously accompanied by fried artichoke hearts which were cold. 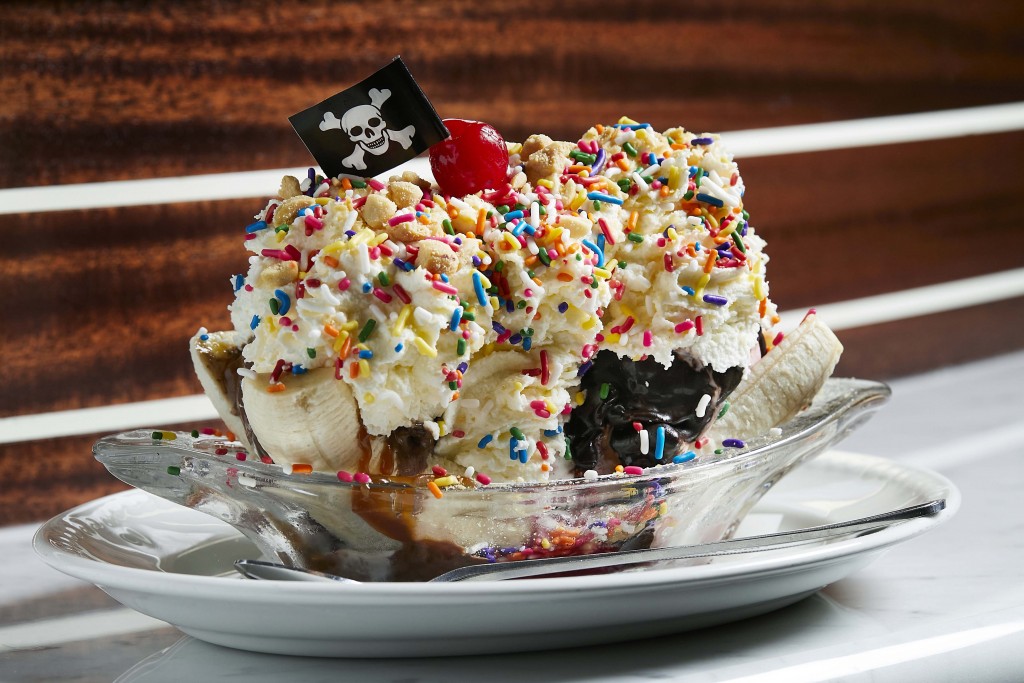 Like this colossal Bloody Mary, the desserts here are quite photogenic and obviously designed with social media in mind. A split banana that includes three ice creams, three sauces, multiple toppings, and looks like a pirate ship with a skull flag is AARGHuably tasty and quaint. (Sorry!)

A devil’s cake and caramel mousse parfait adorned with chocolate pearls and caramel popcorn was so enticing it elicited a Pavlovian response from the jaw-dropping couple next to us. Score another dessert sale for The Salt Line.

GrizForm’s fresh, sophisticated, and playful decor speaks the seafood restaurant vernacular of New England and the Chesapeake Bay with subway tile, a blue and beige color palette, bleached wood accents, and the required harpoon. To fish. 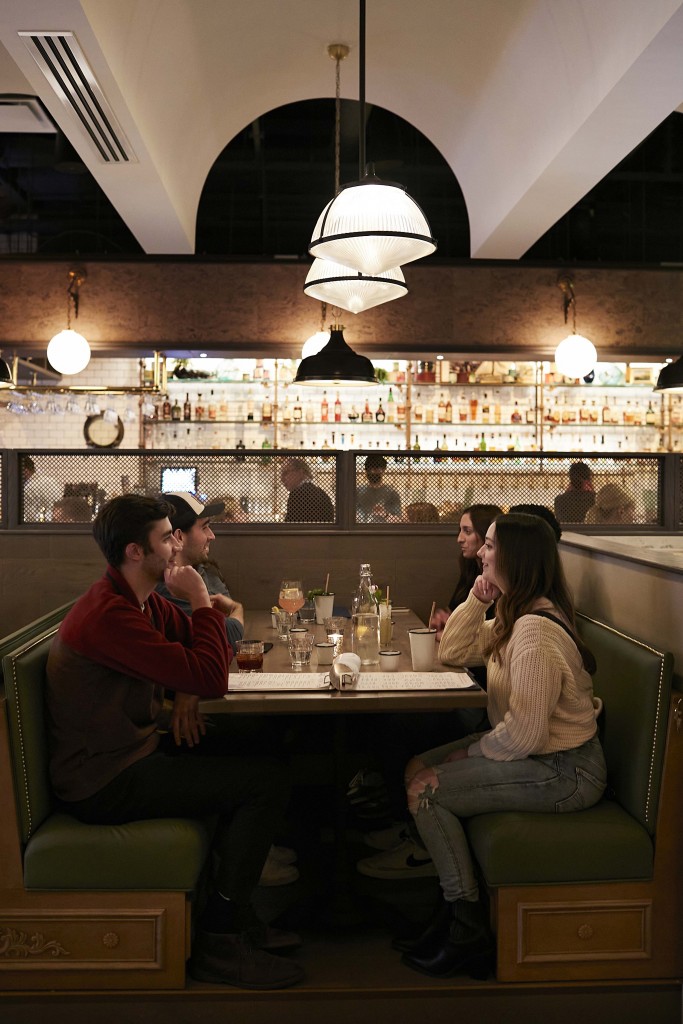 The Salt Line at Ballston. (Photo by Deb Lindsey.)

Economies of scale come into play when you’re a high-volume business, and The Salt Line’s beverage offerings are outstanding.

Spirits lovers will also be impressed with The Salt Line’s liquor offerings. Most of the 9 craft cocktails are between $12 and $13, except for the $30 “Perfect Storm” Double Bloody Mary with its array of seafood toppings. The cleverly named “Wilson Boulevardier” (rye, Aperol, sweet vermouth , orange), $13, is silky smooth.

PARKING/METRO
Parking on the street or at the Ballston public parking garage in the Ballston neighborhood.
The Ballston subway station is three blocks away.

Restaurant Review: Our Mom Eugenia in the Mosaic District

It was noon when we walked through the patio doors of La Dame de Pic – and 4.30pm when we come out, half delirious with gastronomic bliss. We’re one of the last lunch room guests to leave, but our marathon of a multi-course meal – one staff member happily tells us – is not uncommon. […]

There is nothing I love more than a fancy hotel at Christmas. To me, nothing beats that sense of grandeur, style, and generosity that really only comes with someone else’s space, scale, and money. This is not what I like about my own domestic celebrations which rest on the usual pillars of family, food, friends […]

Chef Cédric Béchade reinvents local dishes in his signature style at the delicious Café Basque in Biarritz © 364 COMMUNICATION Renovated last year, one of Biarritz’s most venerable historic seaside addresses now offers 19 rooms – decorated by Parisian interior designer Sarah Lavoine, with spectacular views of the breakers of the Atlantic crashing over the […]