I don’t know where law students spend their loans these days – vape shops and therapy, probably – but when I was in college in Hamilton, there was only one place to spend some money and this was Auckland’s Victoria Park Market leather jacket store.

You don’t see a lot of leather jackets in the club these days, but back then the Outback Inn locker room smelled like tannery (unlike the rest of the bar, which smelled like cannery), and even though the fireplace of Vic Park has now been literally overshadowed by the Sky Tower, at the time it was the tallest structure we had ever seen.

I’m sure a lot of smart people tried to figure out how to bring back the market mojo, but it never really happened. A few pretty good restaurants, a pub specializing in board games, no doubt the strange Reiki healer that we forgot to evict… it lacked a tenant strong enough to make the whole neighborhood cool by association. Well now he has one.

Milenta is as good as the restaurants. In fact, it’s so good you need to stop reading now and book a table while you still can. Take any location you can get, just enter in there.

I don’t want to generalize, but there is no one on earth who wouldn’t like to eat here. Don’t be the sad guy who left it too late to book.

Alright, welcome back. Here’s what you can expect: an outdoor dining area, under a large pohutukawa tree, where the infrastructure consists of little more than a shipping container-style kitchen/bar and a Terrace.

Oh and there are vertical wooden slats that create a barrier between you and the rest of the market without completely hiding it. It’s a big effect and makes me realize that part of the problem with other restaurants in Vic Park is that once you walk through the front door, you really can be anywhere. Because there is no ceiling, everyone is side-lit. It makes them all more appealing but, to be honest, everyone eating here was incredibly appealing to begin with.

The restaurant is opening at the same time as a private club, just next door, and it is very easy to imagine that in a few weeks, the most beautiful people in Auckland will gravitate towards this part of the city for a drink, dinner or both.

But don’t let that put you off: the chef has a warm humility that I think rubs off on the staff; no matter who’s sitting next to you, I can’t imagine you’ll feel out of place.

I hope not, because it would be a shame if anything distracted you from cooking, which is clever, refined and pretty enough to pass as fine dining but largely unfussy and meant to be shared around the table.

Although chef Elie Assaf made Wellington’s famous Phoenician Falafel and made Williams Eatery famous for its Middle Eastern dishes, here it is on another continent, bringing South American ideas to New Zealand’s seasonal produce. 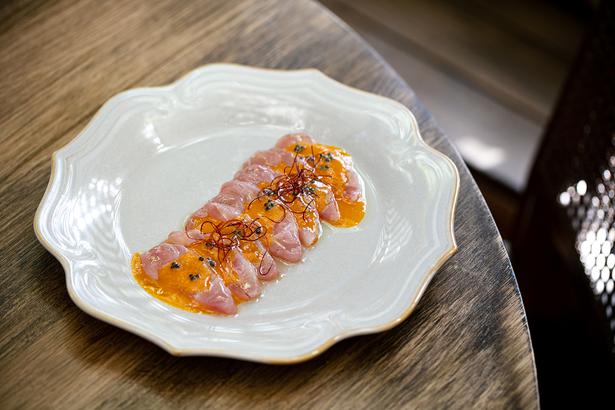 Like, chili peppers are in season and they’re almost a main character on Milenta’s fall menu. Not just the bird’s eye and jalapenos you’ll be used to at other restaurants, but aji amarillo, a native Peruvian and habanero, one of the hottest yet most characteristic fruits of the chili family.

Assaf uses a variety of tricks to mellow the spicy heat while retaining the flavor – he pairs the tropical notes of amarillo by adding mango and passion fruit to a kingfish vinaigrette; the habanero appears in what was immediately my dish of the year: the compressed nectarine with the burrata—cold and sweet and creamy and scorching with spices, it’s a dream combination.

READ: Inca Ponsonby is one of the most exciting new places to eat in Auckland

I love how it does simple things – like paying homage to the basic “rice and beans” of poverty with a cute cracker of rice, a circle of purple bean puree, and a crater filled with bright green oil .

Or okra, a vegetable I’ve hardly ever seen as a hero in an Auckland restaurant, which is blistered on the grill and suddenly as appetizing as asparagus, served with a black sesame mole.

Smoke and fire are everywhere on the menu – from the ash of pohutukawa that does just enough to change the texture of an oyster sitting on it, to the cut of picanha beef that is seared before being cooled and served like steak tartare. (with potato sticks and quail egg, you are encouraged to mix it yourself like a beef-bim-bap). The potatoes are “burnt”, the 55-day-old sirloin “cooked over the coals”, the chicken “roasted over the fire”. 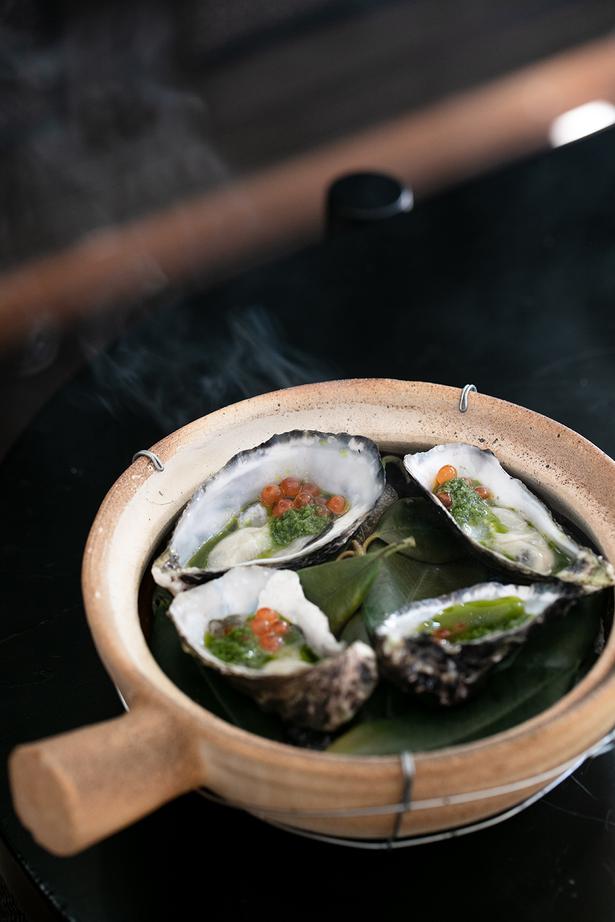 There are of course modern cooking tricks, but also a respect for the way food has been prepared for thousands of years.

Finally a special mention for General Manager Vinci Gin-Nen [read more about Vinci and the team behind Milenta in Viva Magazine — Volume Seven, on sale now].

I swear every time I have a great night out at a restaurant I look up and there he is – he seems like the guy you hire when you want your hospitality business to be great so it only makes sense that the first restaurant he has a stake in is perfect in every way – from the cocktails to the dishes.

Milenta is the most awesome place you can eat in Auckland right now. So why haven’t you booked yet?

Kezban, Commercial Street Edinburgh The gatherings of the great and the good. Posers of style and doers ruminating on the big problems of the day in the lounges of the company’s hostesses while throwing wise words and witty good words. I was thrown in there the other day, when Mr. Turner sighed and said how […]

The tables in Fasano’s dining room are substantial. Big. Round. Heavy. The generous distance that separates them invites the exchange of information. They ground you in the beautiful space under soaring ceilings amid gleaming finishes and soft light pressed against curtained windows. The tables feel important, dressed in white ironed tablecloths. They feel expensive too, […]